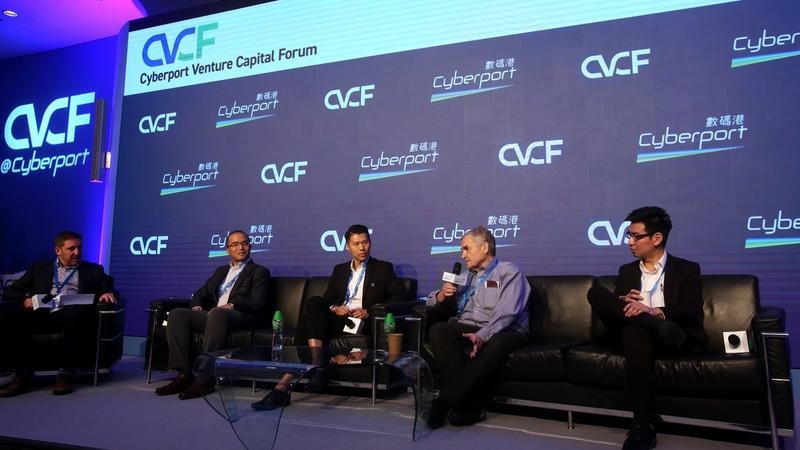 The Cyberport Venture Capital Forum — one of the landmark tech investment events in Hong Kong’s iconic technology park — has further fueled corporate venture funding, with up to HK$360 million in funds secured for its startups. The forum unveiled a series of outstanding achievements of the Cyberport Investors Network (CIN) — its flagship fundraising project for tech startups. The accomplishments included a total of HK$360 million ($46 million) of funds raised — a huge amount of incoming incentives for Cyberport’s startups. Titled “New Frontier of Tech Venturing”, the first day of the event was packed with a plethora of illuminating keynotes and panel discussions and uncovered the latest trends in the tech venture capital market. Nicholas Yang Wei-hsiung, secretary for innovation and technology of the Hong Kong SAR; George Lam, chairman of Cyberport; Peter Yan, CEO of Cyberport; Duncan Chiu, chairman of Steering Group of the CIN; and new Chairperson Cindy Chow were among those who officiated the forum’s opening ceremony on Tuesday. Lam expressed confidence in Hong Kong’s venture capital market, believing that the rapid development of technology and digital transformation in Asia have not slowed down despite the impact brought on by the macro environment. He said the Cyberport Macro Fund has invested HK$106 million in 14 startups so far, and has brought nearly HK$500 million in co-investments since its launch, bringing total investments in startups to more than HK$600 million, exemplifying the strength and potential of local startups. “Facing the challenges ahead, I believe Hong Kong’s development in innovation and technology will continue to march forward while seizing new opportunities arising from the Bay Area,” Lam said. Lam’s remarks echoed those of Chiu, who said: “Beyond the heartening progress we’ve made in investments, this year, we’ve been successful in bringing in more investors from the Bay Area. We believe this will stimulate deal flow and help our local startups tapping into the Bay Area market, while promoting synergy and development within the region’s technology ecosystem.” One of the forum’s focuses is on corporate venture, and an impressive lineup, including representatives from C capital, CLP Holdings, PM Equity Partner and China Resources Capital, was assembled to impart insight on their partnerships with private and institutional investors to create value for their own businesses. The two-day event featured more than 40 leading industry leaders, investors and tech startups, as well as rising stars from the Cyberport community.