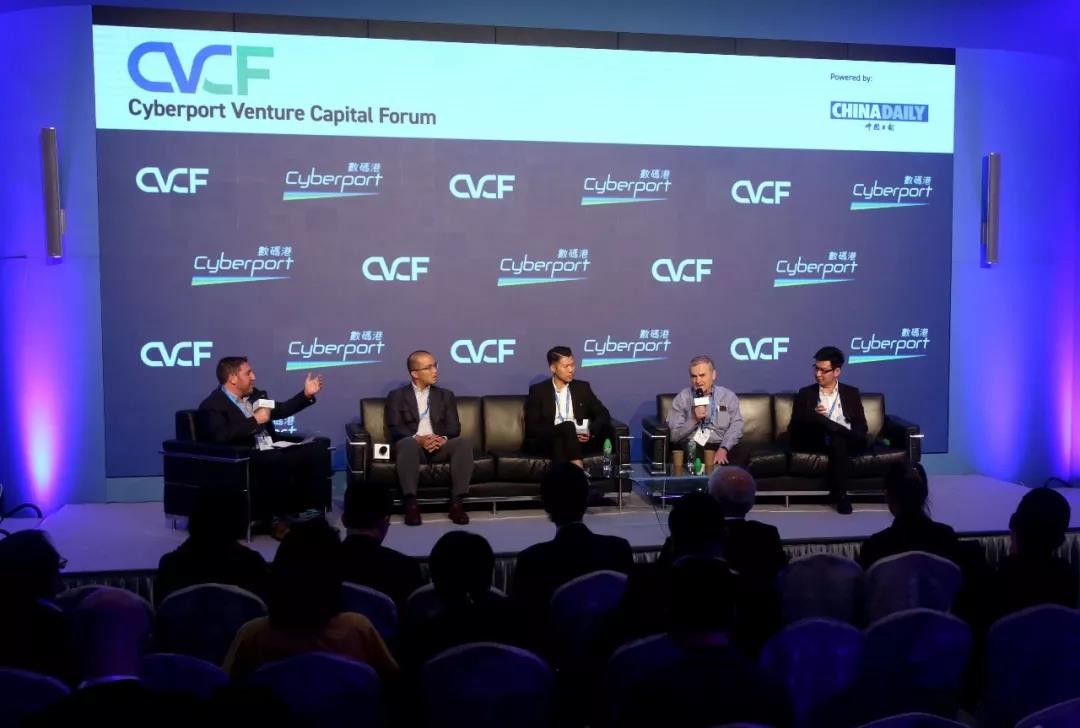 For Immediate Release PRESS RELEASE China Daily Gathers Investors to Discuss the New Formula for Early Stage & Angel Investment Nov 5, 2019, HK: Co-organized by China Daily and Cyberport Venture Capital Forum, a panel discussion session, themed “Then and Now: The New Formula for Early Stage & Angel Investment” was held at the Cyberport Venture Capital Forum on Tuesday, Nov 5, 2019. It attracted more than 300 venture capitalists, entrepreneurs and super angels. According to the statistic collected from June to September, the startup ecosystem of Hong Kong has skyrocketed in recent years. The total number of start-up increased from 2,625 to 3,184 from 2018 to 2019. The number of staff employed in start-ups increased from 9,548 to 12,478 from 2018 to 2019. However, in recent years, larger venture capital firms are becoming less active in funding start-ups and channelling their investments towards later-stage venture. This is giving rise to more angel investments and investor syndicates for seed and early stage. Furthermore, accredited investing portals have emerged to create connections between entrepreneurs and angels, bringing additional fluidity and ease to this market. The panel had four influential investors and experts. They are Mr. John ASON, Professional Angel Investor, Kewpie Associates; Mr. Anthony WOO, Vice-president of Product Strategy of Digital Transaction Limited; Mr. Vincent LAW, Founder and Managing Director, Spark Ventures; and Mr. Theodore MA, Managing Partner, CoCoon Ignite Ventures. They shared their views on the shift in the characteristics and examine the new formula of early stage and angel investments. Mr. Ason said that it’s the people that brings in other angels and other likely venture capitals. He advised entrepreneurs to look for the networking, show their ideas and work with other people. Mr. Woo pointed out that the general mentality is changing today in the sense that plenty of investors are doing more soul searching and reflection to deeply understand what they are investing in. He said that the due diligence should not only be based on social evidence - what other people are doing. For his company, they are trying to be more disciplined in the sense that they really try to understand tech itself. Mr. Law said that the local startup scene has changed a lot in the past few years as more and more new investors are joining the game, be it local venture capitals, corporate venture capitals, venture funds set up by family offices or funding schemes launched by the Hong Kong government and world-class incubators like Cyberport. Mr. Ma said that startup is really solving problems. He advised entrepreneurs should go out and talk to people in order to understand the needs in the market. From a venture capital’s point of view, they are investing companies to essentially give them more runways. Investment money isn’t the money that entrepreneurs make. Instead, entrepreneurs should get money from customers and customers are only willing to pay if they understand the companies are actually solving the problems. About China Daily Founded in 1981, China Daily covers 200 million readers and users worldwide through diversified platforms, including newspapers, websites, and mobiles and social media. The number of China Daily’s followers had now reached 46.5 million on Weibo, 5.8 million on the WeChat Blog platform, and another 80 million on Facebook. About China Daily Asia Leadership Roundtable The China Daily Asia Leadership Roundtable is a by-invitation network of movers and shakers in Asia providing platforms for focused dialogue, issue investigation, and possible collective action on strategic issues relating to economic, business and social development in Asia. Our aim is to enhance communication and increase mutual understanding between China, Asian and Western countries. Roundtable events are held in major cities across Asia.