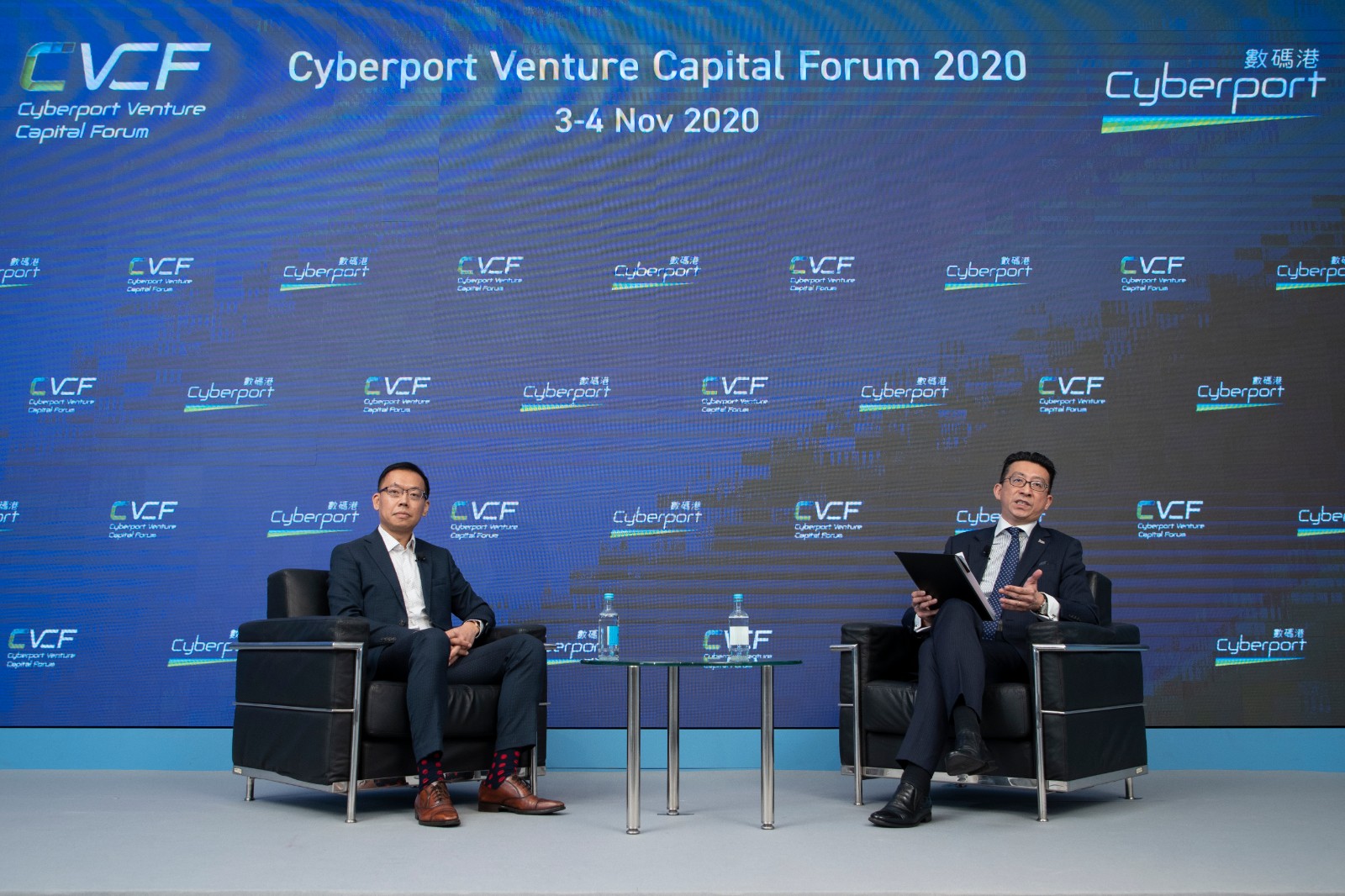 For Immediate Release PRESS RELEASE China Daily Gathers Leading Investors to Discuss the New Development of Tech Venturing in Asia Nov 3, 2020, Hong Kong: Co-organized by China Daily and Cyberport Venture Capital Forum, a co-branded session, themed “The Asia Opportunity: the World’s New Growth Powerhouse?” was held virtually on Tuesday, Nov 3, 2020. The Cyberport Venture Capital Forum attracted more than 3,000 venture capitalists, entrepreneurs and super angels this year. The escalating US-China tensions have led investors to pivot to Asia as the next opportunity. With Asian markets being reckoned as the drivers of digital innovation, coupled with lower valuations as a result of the economic crisis, Asia is set on an optimistic path of recovery. The session was moderated by Mr. Albert Yip, Chairman of Wealth-Tech Committee and Convenor of Investment Committee, IFTA. Four influential investors and experts shared their insights on how Asia will stand out and lead the race in the new venture landscape. They are Mr. Alan Fung, Partner, Asia GreenTech Fund; Mr. Karim Hirji, SVP & Managing Director, Intact Ventures; Ms. Soo Boon Koh, Founder & Managing Partner, iGlobe Partners; and Mr. Jeffrey Paine, Founding Partner, Golden Gate Ventures. Alan Fung said that in Hong Kong, we have seen a lot of interesting opportunities in the last 12 months. Now we need to look beyond to the Guangdong-Hong Kong-Macao Greater Bay Area. A mere 5 percent of China's population in the Bay Area contributes 11 percent of the country's GDP. Home to 43 unicorns, the Bay Area has a wealth of investment opportunities on green tech. He pointed out that there are great opportunities out there we can explore. Karim Hirji said that he is very optimistic about the future of Hong Kong. But he thought we need to think about how to take the four of the Top 100 universities to really double down on STEM and AI tech research, and then having these folks actually work with top companies doing cutting-edge research in AI. We need to attract more businesses here. And he thought the ecosystem will develop over time if we're all committed to actually investing in the future of Hong Kong. “When we take a look out investable opportunities in Asia that match up with our investment businesses, obviously I think fintech is definitely at the core of what we're looking at. I think Asia clearly has a big advantage from a data perspective. And the digital first nature of Asian consumers allows a whole host of innovative solution to get created. So I think data and artificial Intelligence are critical,” said Hirji. Soo Boon Koh said that the regular trade and environment in Southeast Asia are very encouraging. Local startups and local governments are very supportive of tech entrepreneurs. Local consumers are also shifting towards local brands, avoiding expensive foreign brands, which is a positive phenomenon resulting from the trade war. She added that the pandemic has accelerated the adoption of digital transformation across all but traditional industries. Plus, it has also slowed down the foreign competition of entering into Southeast Asia market, which in turn gives many startups, such as in Singapore and Indonesia, opportunities to grow and expand. E-commerce and logistics have grown substantially in Indonesia and the rest of Southeast Asia countries. Jeffrey Paine highlighted that there are “two types of Asia” from the technology perspective: developing Asia and developed Asia. In developing Asia, Paine said, the digital adoption is rapidly growing, whereas in developed Asia, it is “becoming a bit trendier in some sense to start up your own companies”. “Everything is going in the right direction. But it is worth noting that the timing of every country and region in Asia is different. Their potential and talent pools are different as well,” he stressed. About China Daily Founded in 1981, China Daily covers 33 million readers and users worldwide through diversified platforms, including newspapers, websites, and mobiles and social media. The number of China Daily’s followers has now reached 55 million on Weibo, 9.5 million on the WeChat Blog platform, 99 million on Facebook and another 4.39 million on Twitter. About China Daily Asia Leadership Roundtable The China Daily Asia Leadership Roundtable is a by-invitation network of movers and shakers in Asia, providing platforms for focused dialogue, issue investigation and possible collective action on strategic issues relating to Asia’s economic, business and social development. Our aim is to enhance communication and increase mutual understanding between China, Asian and Western countries. Roundtable events are held in major cities across Asia.