The Bay Area at heart of cultural revival 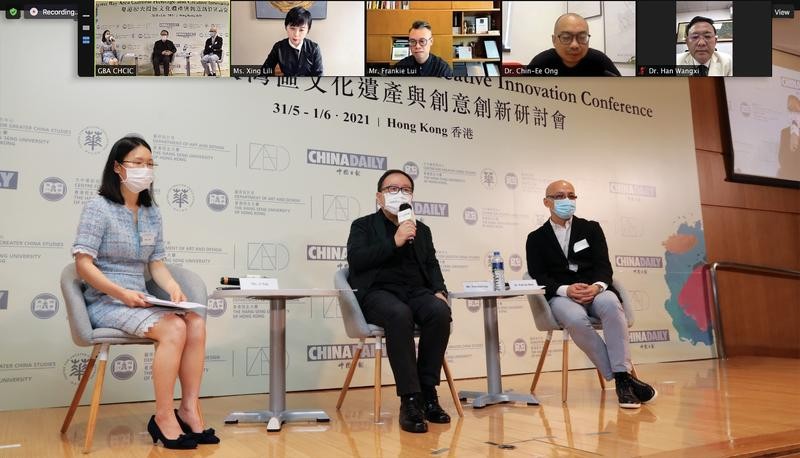 With the Guangdong-Hong Kong-Macao Greater Bay Area gearing itself up as a mecca for arts and culture, the vibrant region, with an open mind, creative thinking, great respect for traditional cultures and an in-depth understanding of its history, is at the forefront of the culture-led, innovation-driven urban renaissance. The views were espoused by experts at the China Daily Asia Leadership Roundtable in Hong Kong on Tuesday. The event was held as part of the two-day Greater Bay Area Cultural Heritage and Creative Innovation Conference, themed “Establishing the Cultural and Creative Nexus for the Guangdong-Hong Kong-Macao Greater Bay Area”. A 20-page development road map through 2035 unveiled by China’s Ministry of Culture and Tourism in December last year bolstered the nation’s vision of catapulting the Greater Bay Area into an arts and culture destination. Han Wangxi, director of the Shenzhen Innovative and Creative Design Development Office, emphasized the significance of showing great respect for traditional Chinese cultures, based on the undertakings and goals of building shared cultural values. The Hong Kong and Macao special administrative regions, along with nine Guangdong cities in the Greater Bay Area cluster, should be further connected through minds and souls, taking advantage of their cultural and linguistic similarities, he said. Equal importance should be attached to the concept that “culture is mobile”. “The mobility of culture is the innovation of culture. As we’re on the cusp of great cultural change, Shenzhen is exactly an innovation-driven city. At the heart of Shenzhen’s culture making is the spirit of innovation,” Han said. He also highlighted the increased collaboration between Shenzhen and Hong Kong in the Greater Bay Area in creating an inclusive and diversified regional culture. “It used to be said that the Greater Bay Area has no history. But I’ve discovered from the Nantou City project that such an impression is wrong. It’s just that we had not paid adequate attention to this aspect before,” Freeman Lau Siu-hong, secretary-general of the Hong Kong Federation of Design Associations, told the conference. Nantou City, located in downtown Shenzhen, has a history of more than 1,700 years and is believed to be the origin of the southern Guangdong metropolis. However, it had been neglected in the past, with so many historical landmarks and fortifications there standing in the midst of residential buildings housing migrant workers. In fact, many Hong Kong people also hail from this location, Lau said. The Shenzhen government started a project to renovate Nantou in 2019, and Lau was invited to participate. After an in-depth study of Nantou’s history and culture, he found the place full of development potential for cross-border design and creative cooperation. Nantou City is now home to an array of renowned traditional Cantonese cuisine brands, exhibition and art studios, fashion shops and bookstores from both Guangdong province and Hong Kong. Many Hong Kong designers, Lau said, have opened studios in Nantou after learning about its history and environment. Shared history and cultural heritage have formed a solid bond for the joint development of cross-border cultural and creative industries, he said. Like Nantou City, may other places in the Greater Bay Area are waiting to be explored, including Chung Ying Street, which is wedged between Shenzhen and Hong Kong, Lau said. Hong Kong-born Frankie Lui, founder of Atelier Global, has spent his whole working life in the Greater Bay Area carving out a path for his career as an architect. “Architecture is a special form of medium. It’s a kind of culture in itself and the carrier of culture at one and the same time,” he said. Citing two of his projects — Shenzhen Longhua Book City and the Master’s Art Museum located between Shenzhen and Dongguan — as vivid examples, Lui demonstrated how traditional cultural and human elements can be weaved into modern architecture. Xing Lili, founder of gambiered Guangdong silk brand Jancho, shared her experience in applying traditional crafts in modern times. Gambiered Guangdong silk is a national intangible cultural heritage, using handmade, natural materials and complex techniques, but it’s gradually fading away from the global fashion stage. “We’ve tried to preserve Chinese culture and weave in contemporary elements,” she said. Within five years, the brand has become a leading couture label that has won a string of awards, including the Shenzhen Global Design Award. Patrick Mok Kin-wai, an assistant professor in the Department of Art and Design at the Hang Seng University of Hong Kong, said kung fu is also a significant element of Cantonese culture, citing how martial arts has integrated with Chinese dance to create a modern performance. “We also make use of virtual reality to capture the fast motions in a show named Converge,” said Mok, adding that the Greater Bay Area should encourage diversified development of multiple domains, like the special market of dancing performance. Over the decades, the Pearl River Delta has seen the most rapid urban expansion in human history — a predominantly agricultural region being transformed into the world’s “largest continuous city”. As the Greater Bay Area is seen as one of the country’s most notable urbanization initiatives, Chin-Ee Ong, associate professor at the School of Tourism Management of Sun Yat-sen University, said it’s important to strike a balance between development, innovation and cultural preservation. Contact the writers at sophia@chinadailyhk.com