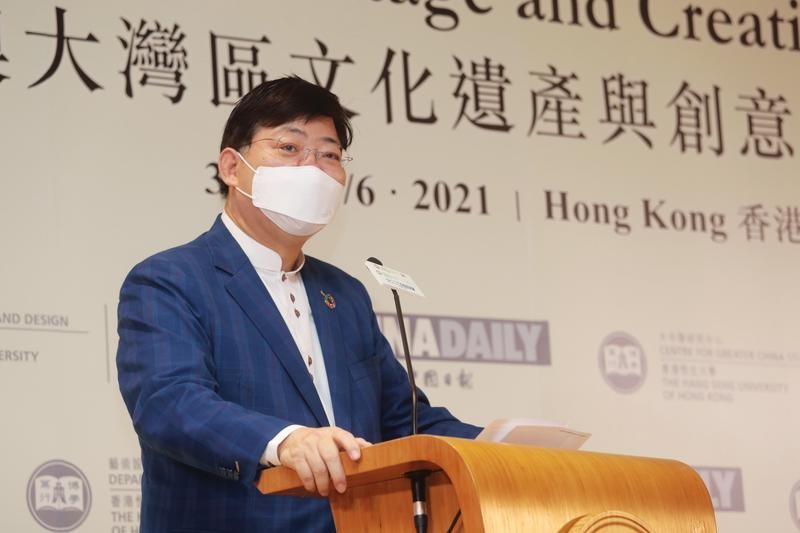 Hong Kong was once one of the largest export economies for cultural products, but its impact on the cultural and creative industry is much lower now, and it needs to reflect on how to reshape its cultural soft power, said Simon Ho Shun-man, president of the Hang Seng University of Hong Kong. He stressed that Hong Kong desperately needs more art and cultural development because the industry is one of the fastest developing sectors with much potential for an economic and social impact. The industry is a key force to drive social cohesion while also being an important way to drive the diversification of the city’s economic structure, Ho said. In addition, the professor said, the cultural and creative industry can play a pivotal role in the development of economic strength because it can be less labor and capital intensive, and the startup costs in the domain are affordable to many young people. In the 1980s, Hong Kong established a strong popular cultural industry, but now it needs a reboot, Ho said, suggesting that the Hong Kong authorities identify culture as a core factor to be considered by all policy bureaus, a principle which can help raise the metropolis’s cultural soft power again and reshape the image of Hong Kong as an international cultural art center. Considering similar languages, cultures, folk customs and geographical proximity, he is advocating for Hong Kong to jointly explore the cultural heritage and creative resources with other cities in the Guangdong-Hong Kong-Macao Greater Bay Area. In the national 14th Five-Year Plan (2021-25) outline, it was proposed for the first time to support the development of Hong Kong into a communication and exchange center of Chinese and international culture and art. In the blueprint for the development of the Greater Bay Area, the central government also encourages fully leveraging the strengths and expertise of Hong Kong talent in the film and television industries, and supports Hong Kong in its development into an exposition hub for television and film. The area shares a huge amount of material and non-material cultural heritage, such as Lingnan culture on Cantonese operas, kung fu, lion dancing, paintings, TV series, and films. Lingnan culture is a significant component of Cantonese culture, most notably in food, art and architecture, and Cantonese opera. However, Ho found there have been few cross-border collaborations in the sector, joint developments of creative and cultural content and associated intellectual properties, while current collaborations mainly rely on business entities. He said, “We need to build up a strong overarching executive body to coordinate the cultural and creative resources of the three regions.” As Hong Kong’s cultural and creative industry faces challenges such as high rents, a shortage of venues, and relatively small markets, he suggested launching cross-border incentive policies on purchasing, taxation and land resources and establishing a common platform for cultural intellectual properties in the Greater Bay Area. Ho said that the Hang Seng University of Hong Kong has been cooperating with many partner institutions in Guangdong province, including student exchanges and other joint projects, and added that the university established the Greater Bay Area Innovation Centre in 2019 to promote and assist cross-border innovations and business startups in the Greater Bay Area. grace@chinadailyhk.com