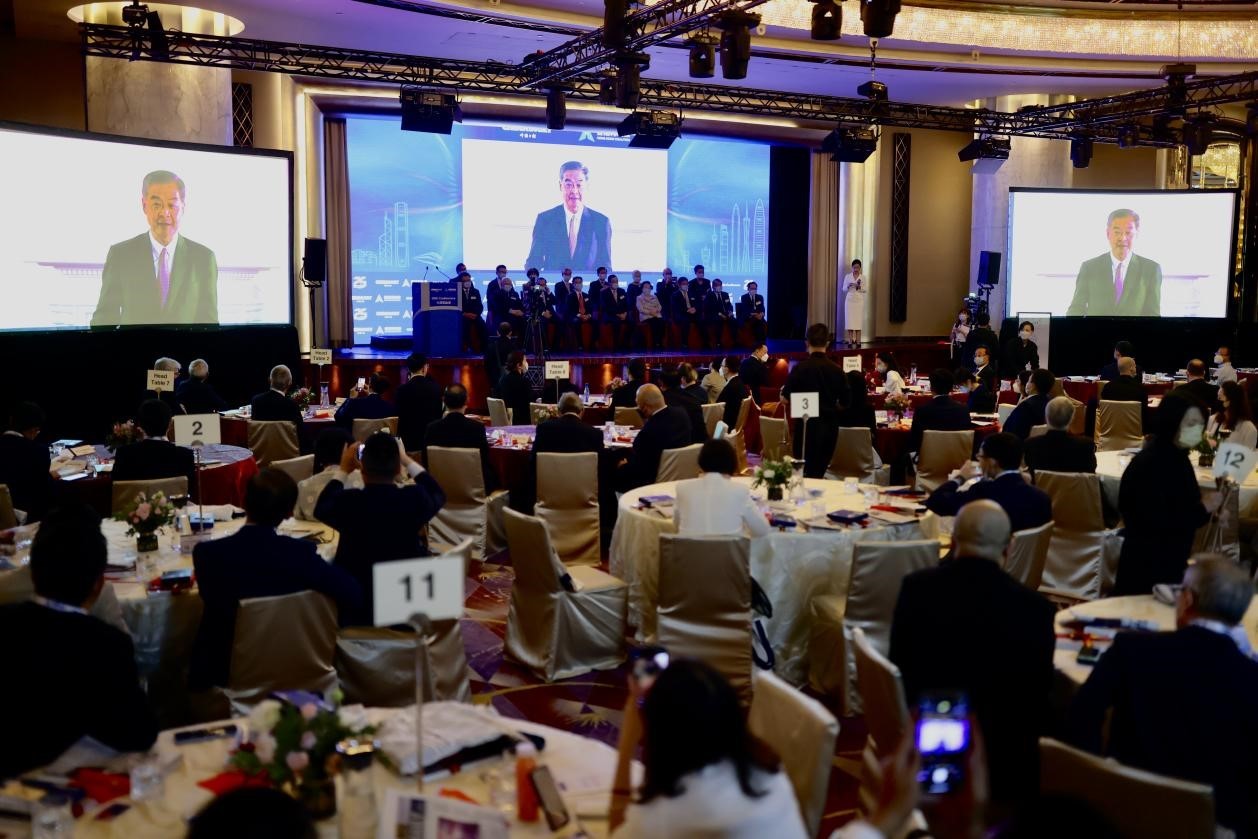 A panel of heavyweights from the arts sector on Thursday said Hong Kong is poised to leverage its strengths under the “one country, two systems” principle to build itself into an international hub for arts and cultural exchanges between China and the rest of the world. To achieve that ambition, as laid down in the nation’s 14th Five-Year Plan (2021-25), Hong Kong needs to make full use of its great talents, flourishing local arts scene, multitude of newly built facilities, mature infrastructure for art trading, and the creative industry, and help to enhance the soft power of Chinese culture as a place where East meets West, the panel said. Held at the Greater Bay Area Conference, co-hosted by China Daily Hong Kong Edition and Hong Kong Coalition, the panel discussion was themed “Strengthening Exchanges and Cooperation, Developing a Cultural Hub”. Speaking at the panel discussion, Allan Zeman, chairman of Lan Kwai Fong Group, said that what gives Hong Kong its uniqueness is the “one country, two systems” policy, which persuades most of the West, and countries around the world, to trust in the brand and trust in Hong Kong. The beautiful thing about Hong Kong is the freedom of artistic creation, which makes it an ideal place for the cultural exchanges and collaborations between East and West, said Zeman. Zeman stressed that the 14th Five-Year Plan (2021-25) positioned Hong Kong as an East-meets-West center for international cultural exchange for the first time, showing that the central government attaches importance to Hong Kong. Echoing Zeman, Executive Director of Corporate Affairs at Hong Kong Jockey Club Raymond Tam said the arts and cultural sector is thrilled by the central government’s strong support for Hong Kong to develop as an arts and cultural exchanges hub between China and the rest of the world. “We have great talents in Hong Kong, a flourishing local art scene, many newly built facilities and more in the pipeline, and mature infrastructure for art trading and the creative industry,” Tam said. Also weighing in, Tisa Ho, executive director of the Hong Kong Arts Festival, said she believes that Hong Kong has one unique advantage in becoming a cultural hub, which is its global interconnectivity in the performing arts. In the opinion of Alvin Yip, adjunct professor of the Central Academy of Fine Arts, the key to achieving that ambition is talent cultivation and integrated development. He strongly encourages Hong Kong youth to look to the north and south of the country, especially the newly emerging market in the south, adding that putting talents’ work together can co-create a win-win scenario. Mathias Woo, co-artistic director and executive director of Zuni Icosahedron, who also stressed the need for an integration of talent from the perspective of industry cooperation, said that the development of art requires not only art talents but also professionals from all sectors, such as lawyers, bankers, and academics. Woo also highlighted the importance of geographical integration and strongly suggested that the cities of the Greater Bay Area collaborate on different levels, for example, by founding an art tech hub, performing academy, visual academy, and culture think tank. The forum drew enthusiastic discussions, attracting many to join the Q&A session. When asked how it is possible to bring the GBA to an international audience, Zeman said the pandemic had affected Hong Kong a lot, suggesting that the city participate in more international events in the future and make efforts to build the brand not only in finance but also in culture.