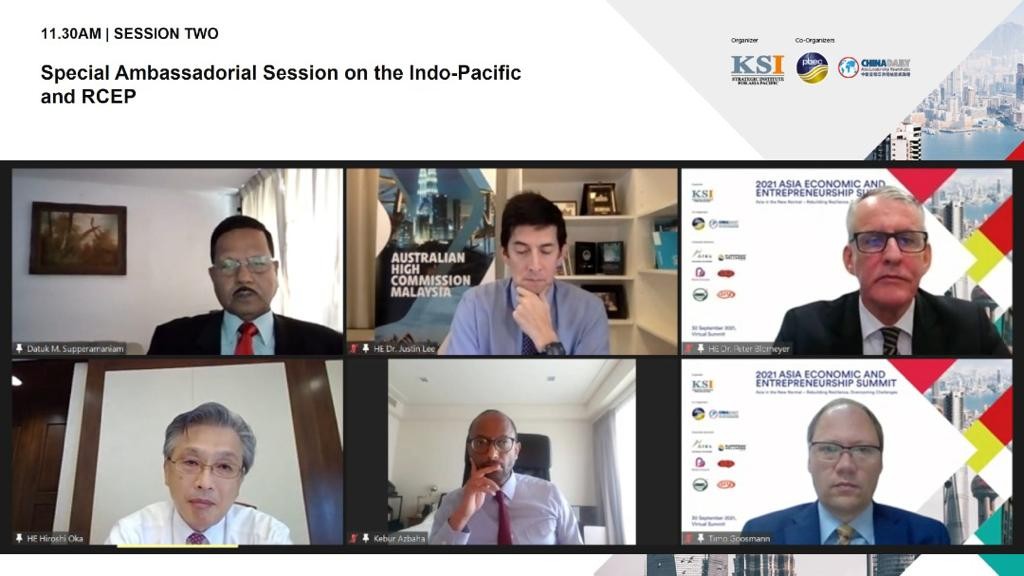 Infrastructure and advancements in technology will play a key role in Asia’s recovery, as the region prepares for the gradual reopening of an economy that was devastated by the pandemic, according to analysts and officials who participated in a regional economic forum on Sept 30. Participants in the Asia Economic and Entrepreneurship Summit also encouraged Asian economies to ratify free trade agreements – like the Comprehensive and Progressive Agreement for Trans-Pacific Partnership and the Regional Comprehensive Economic Partnership – as they will help sustain growth in the post-pandemic era. Analysts and officials have likewise encouraged a more inclusive and climate-friendly development path – aligned with the socio-economic targets set under the UN Sustainable Development Goals and the Paris Climate Treaty. The AEES is an annual regional economic forum organized by the Kuala Lumpur-based think tank KSI Strategic Institute for Asia Pacific, the Pacific Basin Economic Council and China Daily. In his welcome speech, KSI President Michael Yeoh said that Asia needs “innovation, investment and infrastructure” for economic rebound and sustained growth. At the same time, he said economic recovery “also requires inclusive and sustainable development, and a much stronger commitment” to UN SDGs. Asian governments also need to address some of the key challenges posed by environmental degradation, as well as climate change, added Yeoh. Jayant Menon, visiting senior fellow at ISEAS - Yusof Ishak Institute in Singapore, said that in planning for post-pandemic growth, governments in the region need to shift their focus from the short term to a more long-term agenda. He noted that the spike in unemployment, poverty and inequality “will not go away anytime”. He said resolving these issues should be prioritized and in order to do so, Asian economies “need to push back on the rise in the anti-globalization force”. “And one such pushback is to start thinking about how we can open borders safely. (Borders have) been closed for too long in Asia,” he said. “The lack of progress with the SDGs leading up to this pandemic has made its impact even worse. This is a vicious circle that we need to break somehow,” Menon said. Fadillah Yusof, Malaysia’s Senior Minister of Works, said in his opening keynote address that access to “reliable, quality, efficient and affordable infrastructure services” is critical in reducing poverty, promoting economic growth, supporting social development and building resilient communities. He said in Malaysia, infrastructure development is one of the main drivers of economic growth and the construction sector is set to move in tandem with UN SDGs. Guo Wanda, executive vice president of Shenzhen-based China Development Institute, said that digital economy has become very important for China's economic growth. He also cited the fast growth in high-tech manufacturing and the manufacturing of electric vehicles as well as China’s move towards a carbon-neutral economy.