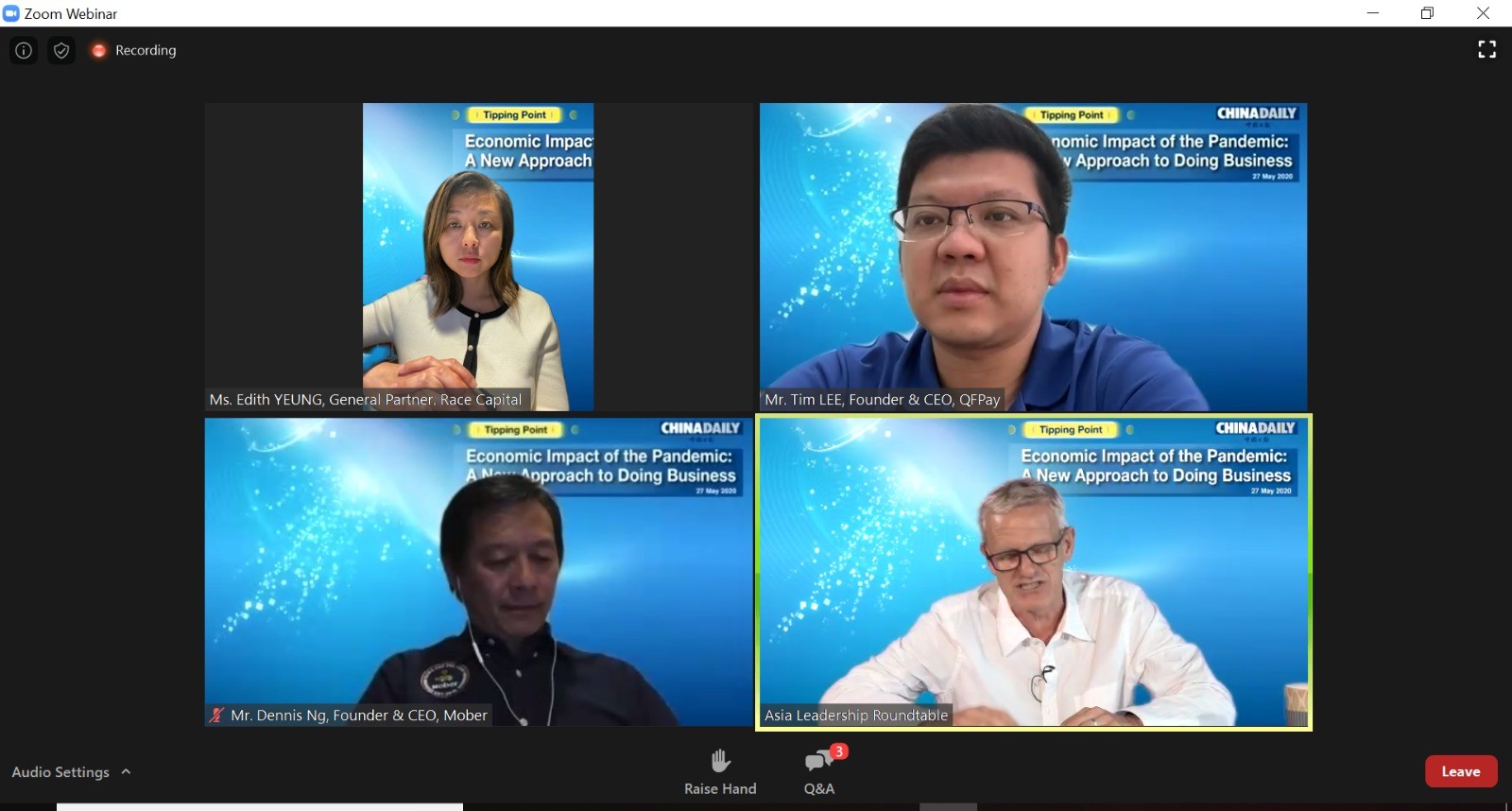 Despite the devastating effect the coronavirus is exacting on many businesses, venture capitalists are good at maximizing opportunities during a crisis, an industry expert says. Edith Yeung, general partner at Race Capital, an early-stage Silicon Valley venture capital fund, said the most volatile, difficult times are often the best ones for early-stage private markets. She cited as an example the 2008 financial crisis, which produced many “unicorns” during the tough business environment. “When company valuations come down, competition lessens, founders show their true colors, and winners ultimately emerge,” Yeung told China Daily. Venture capital investments (VCs) on Chinese mainland dropped more than 30 percent in the first quarter compared with the same period last year, data from ITjuzi showed. From January through March, a total of 634 companies raised $16.8 billion in funding compared with 1,143 companies raising $24.5 billion in the first quarter of last year. Startups realize that fundraising and due diligence now take longer than usual, and they need to think hard about how they are going to remain solvent, Yeung said. She advised startups to think about their contingency plans: “Can they cut down expenses without hurting their businesses? “They also need to ask themselves if they can survive and withstand a few poor (economic) quarters if the economy goes into a recession,” Yeung added. “My prediction is, the rest of the world will follow China’s footsteps and likely follow a similar pattern in China with a sharp drop in the number of investments and reduced funding this coming quarter,” Yeung said. She added that United States VC funding has already fallen by more than 26 percent year-on-year. Yeung said most of the venture capital funding in China in the first three months of the year came from large private equity firms and corporate ventures. They focused on fintech, healthcare, logistics and autonomous driving technologies. Although the pandemic poses great challenges to startups and private markets, Race Capital, which focuses on seed to series A companies, remains bullish — particularly about areas such as fintech, enterprise software, and software as a service. Founded in 2019, Race Capital invests, builds and partners with entrepreneurs building market-transforming companies in the enterprise software, infrastructure, fintech, data, developer tools, AI space in Silicon Valley and the Guangdong-Hong Kong-Macao Greater Bay Area. With over 71 million people in the Bay Area, Yeung said it was a huge market for Race Capital’s portfolio companies. “Guangdong province has the highest GDP in the country with the headquarters of many Chinese unicorns, including Tencent, Huawei and DJI. There are plenty of talents there for us to tap into,” Yeung said. She said Hong Kong’s startup ecosystem had been improving, but still lacked interaction with neighboring countries. Yeung has started a nonprofit organization, FoundersHK, to connect Hong Kong and Silicon Valley founders. “FoundersHK brings together thousands of Hong Kong founders and hundreds of mentors via education and mentorship programs to nurture the next generation. We also have a super vibrant video and event series to drive people’s awareness about entrepreneurship,” Yeung added. pamelalin@chinadailyhk.com