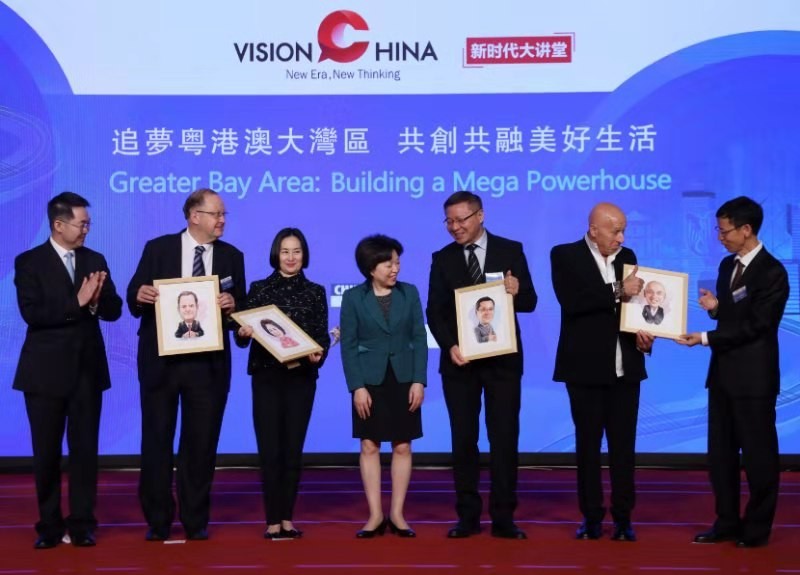 The grand Guangdong-Hong Kong-Macao Greater Bay Area plan will be a wellspring of activity in South China, and Macao can play a significant role in the area, officials, business leaders and scholars said at the "Greater Bay Area: Building a Mega Powerhouse" forum in Macao on Wednesday. Prominent figures shared their thoughts at the Vision China event, hosted by China Daily. Speaking at the opening of the forum, China Daily Deputy Editor-in-Chief Qu Yingpu said integrated development of the Greater Bay Area is beneficial for Hong Kong and Macao. "Boosting integration of Hong Kong and Macao with the overall development of the country will create a world-class bay area and world-class city cluster that can be a role model for high-quality development. It will support Hong Kong and Macao, developing their economies and improving people's lives," Qu said. Macao's economy has expanded rapidly over the past 20 years since its return to the motherland. The special administrative region is also playing a key role as a global tourism and leisure center and a platform for deepening trade and economic cooperation between China and Portuguese-speaking countries. "An increasingly prosperous Macao is living proof of the successful practice of the 'one country, two systems' principle," Qu said. "Although we face some challenges today, the 'one country, two systems' principle will shine more brilliantly in Hong Kong and Macao as long as we unite as one. In doing so, the Guangdong-Hong Kong-Macao Greater Bay Area will become a dynamic, first-class area with global competitiveness and the dream of the great rejuvenation of Chinese nation is bound to come true," he said. The central government laid out the development blueprint of the Greater Bay Area in February, aiming to turn the region, traditionally known as the country's manufacturing hub, into a global innovation and technology powerhouse.