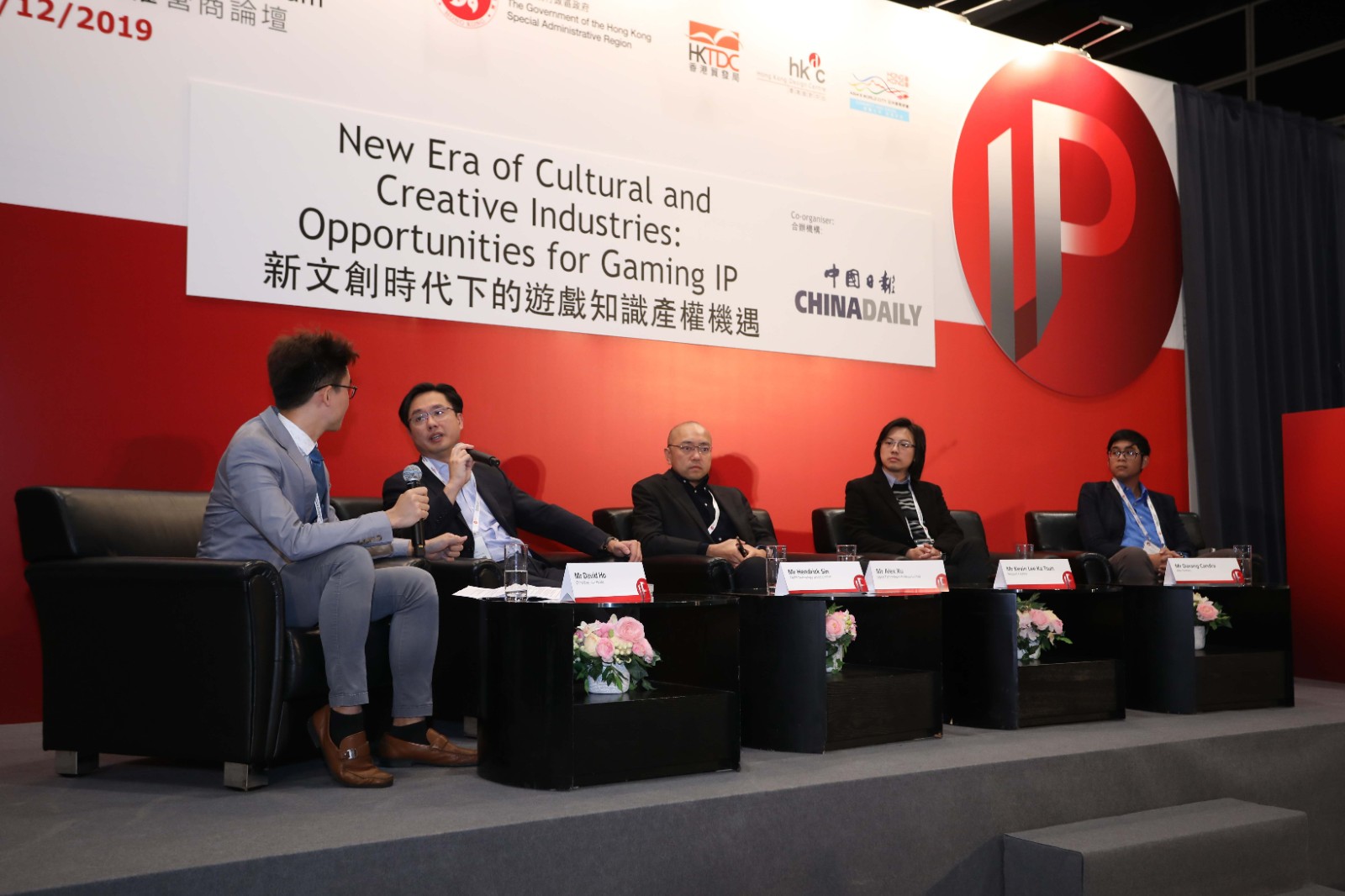 China is emerging as a key player in the global gaming industry, with industry executives noting that the country provides both a huge market and a pool of developers and creative talent. Participants at a China Daily Asia Leadership Roundtable in Hong Kong on Thursday noted the rapidly growing gaming market in China and the opportunities to be had in developing gaming intellectual property.China Daily Asia Pacific and BIP Asia organized the roundtable. Held on the first day of the two-day Business of IP Asia Forum, it had the theme “New Era of Cultural and Creative Industries: Opportunities for Gaming IP”. “The China games market is the biggest in the world, both in terms of revenues and the number of gamers,” said Darang Candra, head of esports research at global market research firm Niko Partners. Candra, presenting Niko Partners’ latest findings, said that in 2018 alone the Chinese mainland’s gaming revenues hit US$30.8 billion. More than 90 percent of its 767 million gamers play games on their mobile phones. He said most of these gamers are strongly drawn to esports as they like the competition and the challenge. Candra said the Chinese games market will grow further in the next few years, with revenues seen hitting over US$38 billion by 2022. And he expects esports to be a key growth driver, noting that China does not only have the world’s biggest esports market but also one with the most robust infrastructure.“Doubtless, gaming is a steadily growing and highly competitive field where good money could be made,” said Zhou Li, editorial board member of China Daily Group and publisher and editor-in-chief of China Daily Asia Pacific. In his welcoming remarks at the roundtable, Zhou said the online gaming industry “is much more robust” in the Chinese mainland compared with Hong Kong. But he believes the special administrative region will soon catch up, with the Hong Kong SAR Government pledging HK$100 million (US$12.8 million) to develop the city’s esports industry. “Hong Kong’s flagship international esports event, introduced only three years ago, has seen huge turnouts every year including in July 2019, even in the middle of civil unrest. At a time when the chips seem to be mostly down in this city, renowned American gaming brands have set up shop in Hong Kong and are actively hiring,” Zhou said. But China is not only a market; it is also seen growing as a developer of gaming IP. For example, Hong Kong-based Leyou Technologies Holdings is currently working with Amazon to produce a video game based on the popular fantasy series The Lord of the Rings.Leyou’s chairman and CEO Alex Xu Yiran said China has some of the world’s best game designers. He also stressed the importance of having gaming IP, and predicts that in the next 90 years, 90 percent of the global population will spend 90 percent of their time and disposable income in virtual worlds. Hendrick Sin, cofounder and vice-chairman of Chinese mobile gaming giant CMGE Technology Group, said Asia is yet to develop a company like Disney that can create IP that cuts across various disciplines, not just games. But he believes that an Asian version of such a company will emerge from China, as it is now a vast market not only for gaming but the entertainment industry as a whole.