Blackstone chairman expects more working together between the US and China 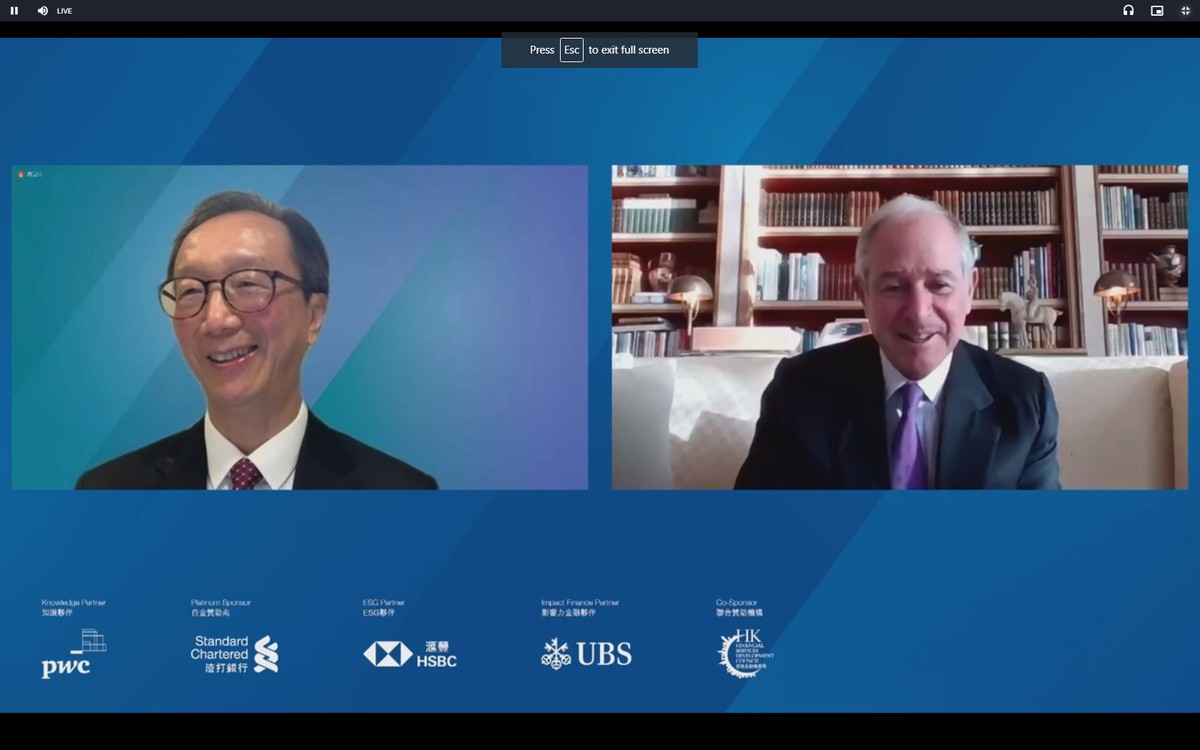 Less tension between China and the United States could be expected under the new US administration, according to Stephen A. Schwarzman, Chairman, CEO and Co-Founder of Blackstone. And vaccination will help shift the global economy growth trend. Schwarzman shared his ideas over a wide range of issues with Antony Leung, Group Chairman & CEO of Nan Fung Group during one-on-one dialogue at a virtual session in the 14th Asian Financial Forum on Jan 19. "There are still a variety of issues, particularly in the congress, where there are genuine differences between US and China," Schwarzman said, "However, I think the new administration is going to take a softer tone for places where we can work together." The two largest countries in the world, China and US, comprise between 35 to 40 percent of the entire world's economy. "To not to have these two countries working in a cooperative fashion seems exceptionally odd and unproductive for citizens of both of their countries," he said. He believes that "in areas in climate, health and terrorism, as well as some economic issues, there is a substantial overlap in the interests of these countries, and the interests in the world", so he finds that "it will be hard to imagine escalating tension". For the outlook on global economy, he predicts that Asia will do well, and the West will have a slowing of economy growth in the tough first quarter or two. "The good news, globally, is that we have vaccines," he said. Schwarzman point out that vaccines will change the global economy significantly in the second half of the year, in the conventional Western thinking, many people should be able to get vaccinated by the summer time with production in volumes. "Vaccines themselves are reasonably remarkable", he added. He also said that zero-interest rate mode in a number of economies cannot continue, as it never continued in history and is like "a penalty" to people who retire. Schwarzman mentioned that, with Leung's help, he set up a program between China, US and the rest of the world, bringing about 150 extraordinary students from around 40 countries to China because he wanted people to learn about China. Being active in philanthropy and other projects all over the world, he says that he doesn't feel being older than others, as age doesn't matter too much him for doing new things all the time in good physical shape. According to Leung, Schwarzman's first book, What It Takes: Lessons in the Pursuit of Excellence has been published in about ten markets around the world, including the Chinese mainland and Hong Kong. The author said after doing things in business, public service and philanthropy for over fifty years since he got out of school, he wants to make other people's life easier with what he has learnt. "Everyone's life has struggles in it, and it doesn't matter who you are," he said, "I had that myself." He wants to share certain principles with people. "For example, you have to work at things that you really enjoy doing," he said, adding that the odds of being great at a job that one doesn't really like is quite low. And he advised that people should change jobs if they are not learning something enough. "You should that look at ultimately always creating something that could be a wonderful thing." Having the will to win and be the best and hiring the right people are among his formula for corporate success. Being asked about how he wants future generations to remember him, he honestly said that he had no idea. "I do things that I think are absolutely good, and I do them because they are good and I help people. That's enough for me," he said.