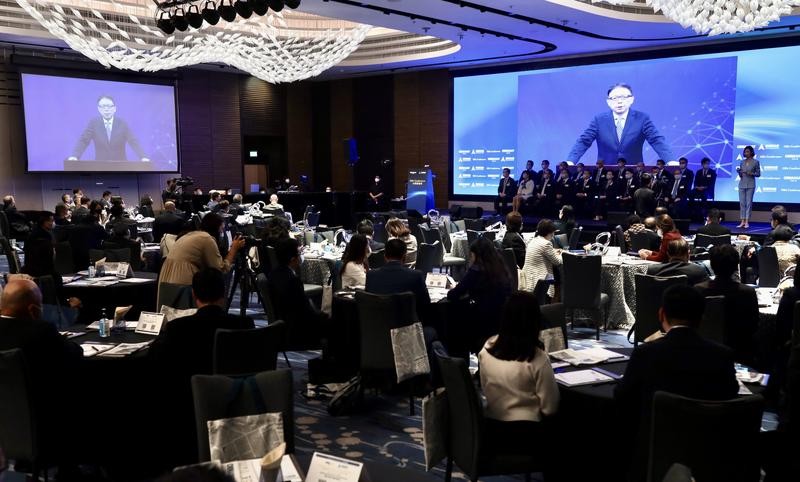 Editor’s note: The following are the opening remarks by Zhou Shuchun, member of the Standing Committee of the CPPCC National Committee and publisher and editor-in-chief of China Daily, at the Greater Bay Area Conference - Embracing New Opportunities: Connecting GBA with RCEP co-hosted by China Daily and Hong Kong Coalition on Nov 30, 2021. Honorable Mr CY Leung, Vice-chairman, the CPPCC National Committee, Honorable Mr Liu Guangyuan, Commissioner, the Ministry of Foreign Affairs of the People’s Republic of China in the Hong Kong SAR Distinguished guests, ladies and gentlemen: Good morning and a very warm welcome. The Greater Bay Area Conference is one of our most high-profile annual public forums where we invite experts to shed light on the major political, economic, social and cultural concerns affecting the region. We try to move with the times and address the most pertinent issues of the moment. Today we will introduce what promises to be a key driver of Asia’s growth story to the conversation. As you all know, the Regional Comprehensive Economic Partnership (RCEP) is a free trade agreement involving the ASEAN nations as well as China, Japan, South Korea, Australia and New Zealand which comes into force on January 1, 2022, and China, one of the first countries to ratify the agreement, is all set to play a significant role in this multi-lateral commercial partnership that will serve the interests of 30 percent of the world’s population and account for a third of the global GDP. The RCEP is a win-win proposition. It is a coming together of economies big and small, developed and developing. While the enhanced inflow of investment helps developing member states to raise the standard of production and income levels, and thus move up the value chain, developed economies can cut down on overheads by setting up manufacturing bases in the ASEAN states while also catering to those markets. The idea ties in with President Xi’s notion of common prosperity — informed by the democratic philosophy that sharing of wealth and resources can only benefit everyone concerned in the long run. President Xi has been a vocal advocate of “building the Asia-Pacific community with a shared future”. At the APEC CEO summit earlier this month, he reiterated his commitment to “promoting innovation-driven development of pilot free trade zones”. The President has further assured that “China will continue to shorten the negative list on foreign investment, promote all-round opening-up of its agricultural and manufacturing sectors, expand the opening of the service sector, and treat domestic and foreign businesses as equals in accordance with law.” Such fraternal vibes make us optimistic about the future of China’s relationships with her trading partners in the Asia Pacific. I hope after we have listened to our eminent speakers and panelists at today’s conference, all of us will have a more nuanced idea about how the cities in China’s Greater Bay Area can tap into the supply chain and demand in a wide diversity of markets through the RCEP framework, and lead the way in creating, to quote President Xi, once again, a “unified, open, competitive and orderly market system”. Thank you for attending today’s conference. I hope you enjoy the sessions.