Analyst: Cooperation within the Bay Area is best course for HK 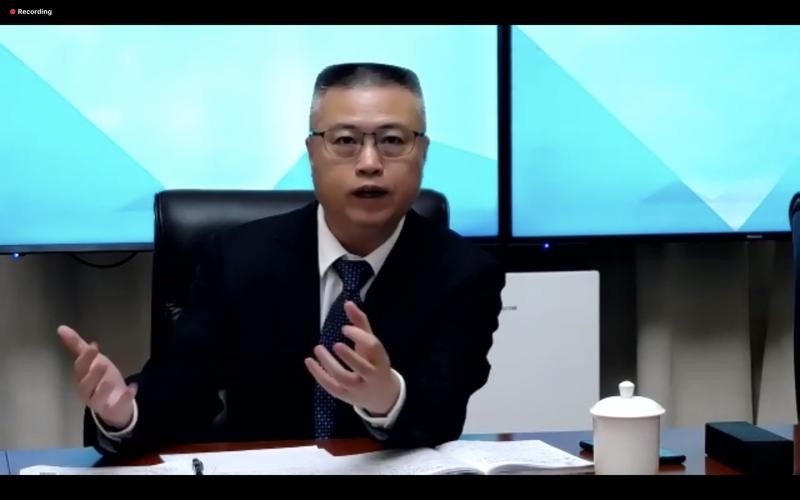 HONG KONG - Hong Kong’s cooperation with other cities in the Guangdong-Hong Kong-Macao Greater Bay Area is “the most pivotal, direct and efficient” way for Hong Kong to attain integrated development in line with the nation’s 14th Five-Year Plan (2021-25). Guo Wanda, executive vice-president of China Development Institute, made the remarks to China Daily in a recent interview. “Hindered by its limited space and relatively high costs both in land and housing, industrial development faces many obstacles,” Guo said, noting the small supply of industrial land in the city’s limited size of 1,100 square kilometers. As Hong Kong has learned from successful metropolises across the world, “it’s of utmost importance to integrate with neighboring cities, and so it is for Hong Kong. Otherwise, the limitations in the city’s market and number of talents will stymie its competitiveness,” he said. Guo said he believes that the cities within the Greater Bay Area in the mainland could make up for Hong Kong’s limited space. “Spread across 56,000 square kilometers and comprising Hong Kong, Macao and nine cities in Guangdong province, the Greater Bay Area is a huge market in itself, providing Hong Kong with a broader market and stronger momentum for its development,” he said. “The integrated development of the Bay Area can not only foster Hong Kong’s development, facilitating its role in domestic circulation, but also consolidate the overall development of other cities within the region.” The Bay Area has been highlighted as the region’s up-and-coming scientific and technological hub in the outline of the 14th Five-Year Plan. Guo said the foremost challenge that Hong Kong faces to achieving its goal is the expensive commercial and home market. “The high cost in land and property prices has nibbled into the space of companies’ development and also that of the high-tech talents,” Guo added. Hong Kong, working within the “one country, two systems” principle and pursuing mutual benefits and win-win cooperation, has much to gain from the 14th Five-Year Plan, in which the central government for the first time has announced its support for Hong Kong to develop into an international innovation and technology hub and a regional intellectual property trading center. Hong Kong Chief Executive Carrie Lam Cheng Yuet-ngor, in welcoming the 14th Five-Year Plan in March, said: “Hong Kong will proactively become a participant in domestic circulation and a facilitator in international circulation amidst the ‘dual circulation’ development strategy of our country ... Hong Kong will take the Bay Area development as the best entry point to better integrate into the overall development of our country, which will bring continuous impetus to Hong Kong’s economy.” xinlanzeng@chinadailyhk.com