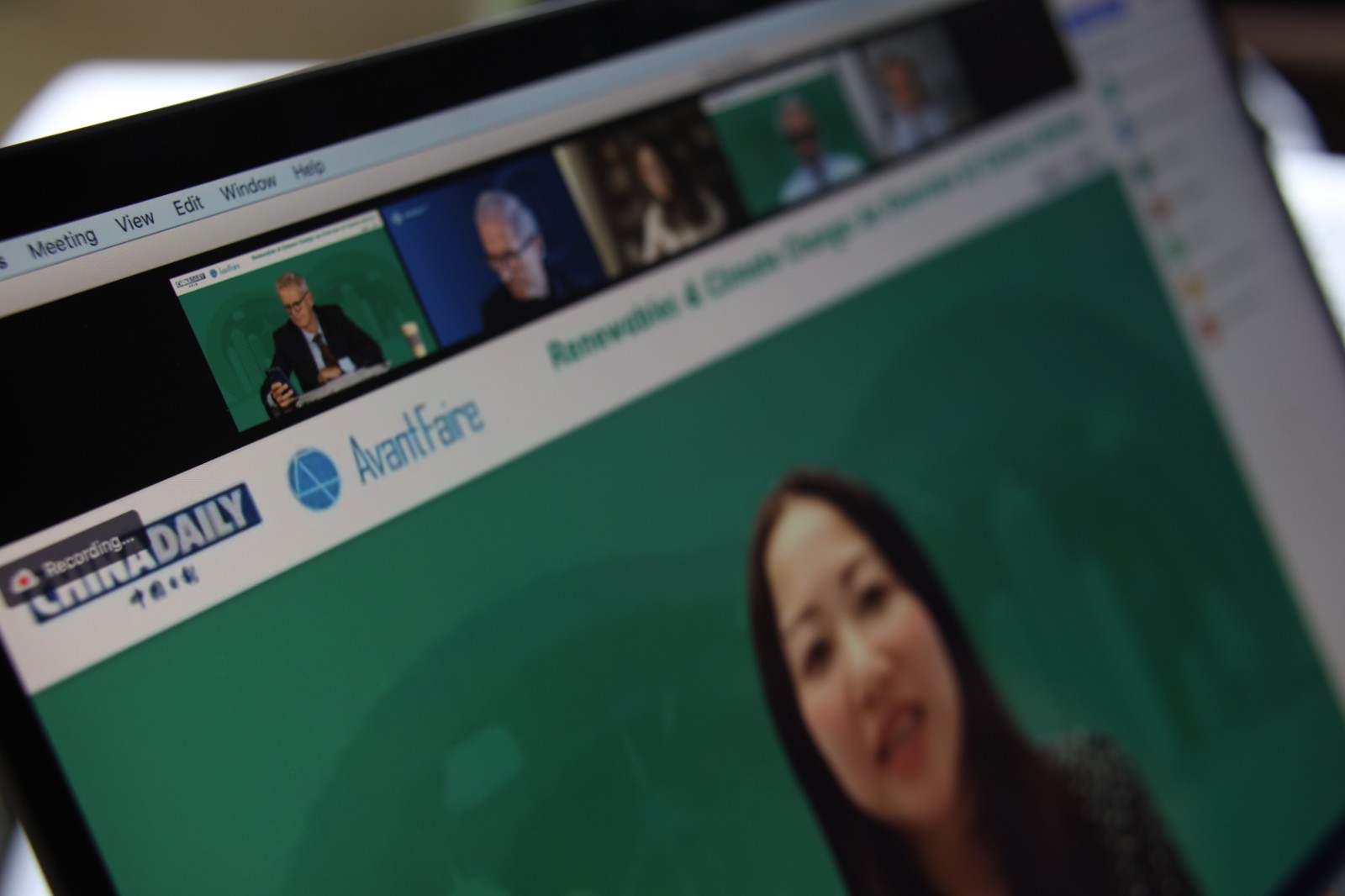 A webinar titled “Renewables & Climate Change: An Overview of Carbon Market”, co-organized by China Daily and AvantFaire, was held on August 31. 240 business leaders, investment project owners, private equity firms and investors from 20 countries and regions joined the event online. According to the World Bank’s annual report “State and Trends of Carbon Pricing”, released in May, there are 64 carbon pricing instruments in operation across the world, covering over 21 percent of global greenhouse gas emissions and generating $53 billion in revenue, up from 15.1 percent in 2020. In its national emissions trading program, launched in January, China has pledged to reach its CO2 emissions peak by 2030 and achieve carbon neutrality by 2060, making it the world’s largest carbon emissions market in terms of coverage. By March, markets have covered more than 20 industries and 440 million metric tons of carbon discharged by nearly 3,000 major companies. With the carbon emission markets gradually maturing and moving in line with projected targets, how can carbon trading benefit the global economy? What should investors factor in while investing in the low-carbon transition? Moderated by China Daily Asia Pacific Multimedia Director Dr. DJ Clark, Asian Infrastructure Investment Bank Chief Economist Dr. Erik Berglof delivered the keynote address. He also participated in the panel discussion with fellow speakers including Ms. Catherine Chen, founder and CEO, AvantFaire Investment Management Ltd; Ms. Grace Hui, managing director and head of Green and Sustainable Finance, Markets Division, Hong Kong Exchanges and Clearing Ltd; Mr. Ma Jun, founding director, Institute of Public and Environmental Affairs; and Mr. Pascal Saint-Amans, director, Centre for Tax Policy and Administration, Organisation for Economic Co-operation and Development. Panelists share their insights. Erik Berglof said that carbon markets are needed more than ever in Asia. “The carbon prices are still very low and the Asian carbon market is not that well developed. Asian and global experiences with the carbon market have taught us some lessons: to start from low prices, but commit to increase over time, and to start from low coverage but commit to broaden over time. This will encourage more participants tapping into the market. Carbon pricing is not everything. We also need other tools such as planning and financial governance. However, planning and financial governance need carbon prices,” he said. Catherine Chen said the development of the carbon market involves not only policymakers; all parties, including the private sector, should get involved and help. She suggested that companies should have a clear awareness of concepts such as green economy and carbon neutrality while a standardized framework of the carbon market is needed to ensure a fair and orderly competition. “In the green recovery, the faster and greener is the better. If it takes too long, we will not only reel from the economic loss, but also put more pressure on the environment due to the plastic waste caused by the disposable masks and the biodiversity loss related to the pandemic,” she said. Grace Hui said Hong Kong Exchanges and Clearing is well positioned to support the development of the carbon market with the huge market potential in the mainland. It could also support Hong Kong’s unique role as an international financial center and further a carbon financial center in Asia. The live webinar Ma Jun said, “We have seen the picking up again of China’s coal consumption and carbon emissions, which is an especially very strong surge in the first quarter of this year. Although it's very important, we have to realize that our carbon market is far from being mature and the treating volume is very low. And the carbon price is too low to provide much incentive at all.” Pascal Saint-Amans said countries are combining e-carbon pricing and other mitigation policies, which means increasing the implicit price of carbon but not the explicit price of carbon. “So we need to offer a place where we benchmark the different policies, and where we try to establish both the implicit price and the explicit price of carbon being the price resulting from the emission trading system and carbon taxes, and excise duties or other similar taxes,” he added. About China Daily Founded in 1981, China Daily covers over 350 million readers and users worldwide through diversified platforms, including newspapers, websites, and mobiles and social media. The number of China Daily’s followers has now reached more than 59 million on Weibo, 11 million on the WeChat microblog platform, 100 million on Facebook, and another 4.35 million on Twitter. About the China Daily Asia Leadership Roundtable The China Daily Asia Leadership Roundtable is a by-invitation network of movers and shakers in Asia, providing platforms for focused dialogue, issue investigation and possible collective action on strategic issues relating to Asia’s economic, business and social development. Our aim is to enhance communication and increase mutual understanding between China, Asian and Western countries. Roundtable events are held in major cities across Asia.