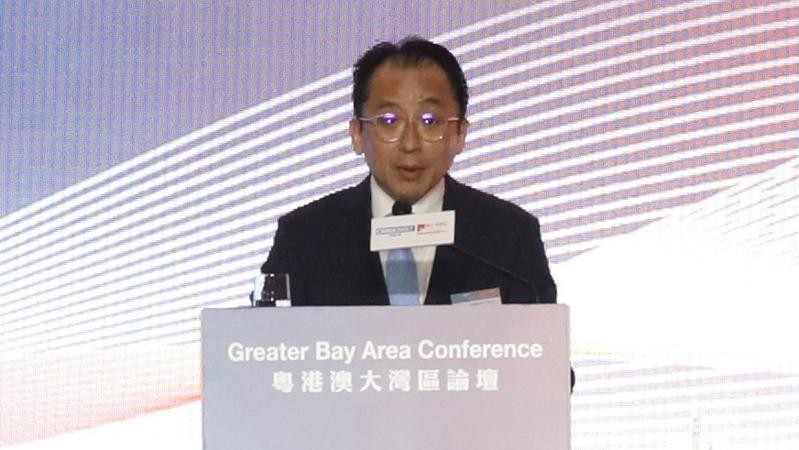 With a wealth of foreign trade and finance expertise, the city is well-equipped to catapult the rise of the Bay Area by working with Shenzhen, expert Joseph Chan tells Luo Weiteng. As a turbulent 2020 draws to a close, Hong Kong, amid the COVID-19 outbreak and a simmering Sino-US trade war after a year of violent street protests, looks to make a fresh start in the post-pandemic era. Joseph Chan Nap-kee, chairman of the Silk Road Economic Development Research Center, dismissed concerns that the city is losing its shine as a renowned financial center and a core engine of the Guangdong-Hong Kong-Macao Greater Bay Area. He firmly believes that the city’s long-cherished strength remains intact and that Hong Kong can make itself indispensable as a fundraiser and a gateway to a rising economic and technological powerhouse. There is strength in numbers. Despite much speculation about a potentially huge capital exodus, Hong Kong has cemented its status as a world-leading fundraising hub and go-to destination for promising companies in a challenging year. The city had seen nearly HK$214 billion (US$27.6 billion) raised via local listings as of Sept 24. Hong Kong ranked third in global initial public offerings in the first three quarters of 2020, raising 67 percent more funds than in the same period last year. Ten US-traded mainland companies have beaten a path to Hong Kong via secondary listings this year. Since April, spurred by a series of high-profile floats and high interest rates, nearly HK$380 billion in capital has flowed into the special administrative region. Large capital inflows have pushed the pegged Hong Kong dollar to the strong end of its permitted trading band against the greenback. Chan believes the confidence placed in the Hong Kong market testifies to the city’s long-cherished allure and is seen as a snub to the US, which stripped Hong Kong of its special trade status and imposed sanctions on individuals and entities that Washington claims are eroding the SAR’s autonomy following the enactment of the National Security Law on June 30. Core engines The first step in Hong Kong’s revival is to reopen the border with the mainland, Chan said. Looking ahead, Hong Kong and its neighboring cities in the Bay Area should be more clearly positioned to complement rather than simply compete with each other, he said. “If there is competition, it should be in the hunt for talent, instead of the contest across industries,” he said. Shenzhen, the high-tech hub separated from Hong Kong by a river, has been identified as a “core engine” of the Bay Area under President Xi Jinping’s blueprint unveiled in October on the 40th anniversary of the Shenzhen Special Economic Zone. Speculations followed that Hong Kong will be sidelined in the next big story of the world’s second-largest economy. Chan stressed that the theme of the tale of two cities remains cooperation, complementation and compatibility. Hong Kong’s competitive edge lies in its impeccable strength as a world-class financial center. “For years, Hong Kong — having the best of both worlds — has gathered a wealth of experience in foreign trade and finance. The role that Hong Kong has played bears much resemblance to that of diplomatic affairs. It leaves much room for us to give full play to our role as an intermediary and make the best of our experience in bilateral negotiations,” he said. Chan said Hong Kong and Shenzhen are well-placed to learn from each other in many areas. Cross-department cooperation, for example, is one of the areas in which Hong Kong can draw a lesson from Shenzhen to streamline its decision-making process and press ahead with many initiatives in a more efficient manner, he observed. Chan pointed out that Hong Kong’s fundamental advantage has its roots in the “one country, two systems” principle. “It’s time to shake off the mindset that focuses solely on ‘two systems’ and overemphasizes the differences to get special treatment, while raising the banner of ‘one country’ simply to demand favorable policies and help from central government,” he said.