Back to the movies 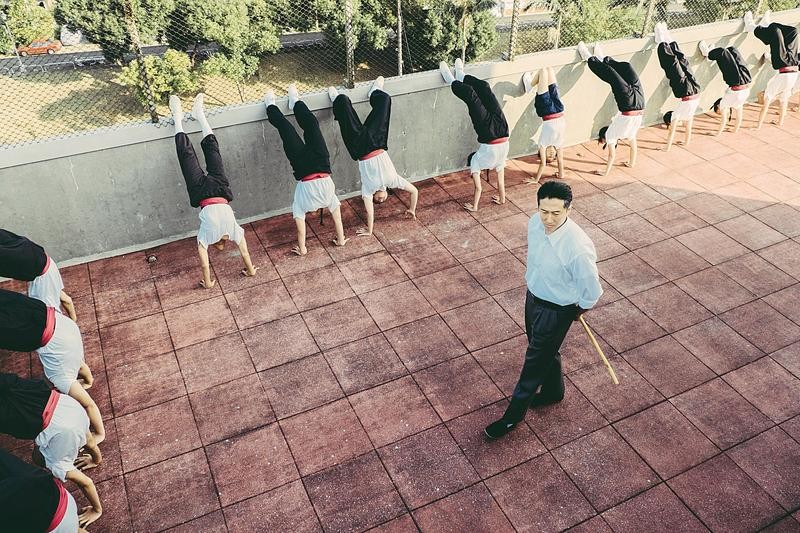 After a pandemic-enforced hiatus, the Hong Kong International Film Festival 45 returns to cinemas with a lean and inspiring program. Elizabeth Kerr reports. Following the dumpster fire that was 2020, film festivals, and essentially any event that relied on people coming together, reinvented themselves for 2021. In the same way the COVID-19 pandemic served as a catalyst for technological transformation in everything, from the construction industry to retailing, it has reshaped film festivals as well. Hybrids — part live, part online — have quickly become standard operating procedure. When major festivals started canceling in the spring of 2020, film distributors, sales agents, and producers were initially reluctant to adopt an online model (usually over fears of piracy and loss of revenue). However, as soon as it became clear that the pandemic was going to linger, many embraced a new approach. After Warner Bros announced that its entire 2021 slate of 17 features (including The Matrix 4, Dune and Godzilla vs Kong) will go to its new streaming service HBO Max, Disney followed suit, announcing that Black Widow will launch on Disney+. The drift to more digital viewing raises the question of whether the Hong Kong International Film Festival and events like it will start programing to reduced dimensions. Will HKIFF and its brethren all become Sundance — homes for independent, low-budget and otherwise unclassifiable films? The short answer is “no,” said Geoffrey Wong, the Hong Kong International Film Festival Society’s director of programming. “There are no films (on the HKIFF45 program) that we thought, ‘Oh this would be great for online.’ All films should be seen in a cinema,” he said. “When we knew we were going hybrid, it became something of an adventure for us. But our choices for the online platform were not about whether a film should be seen there. It’s all about the film owner.” Despite finally adopting streaming models, many distributors still have security concerns, and/or existing distribution agreements to honor, and some are simply unwilling to display their work on anything other than a cinema screen (Looking at you, Christopher Nolan). Nonetheless, COVID-19 has been a motivator, and in many ways, HKIFF’s being compelled to go hybrid is helping position it for the future. Travel may be restricted for years to come, making Zoom a crucial element in this year’s master classes and directors’ talks. And while most hardcore film buffs prefer to see films in a cinema, generations weaned on phones and tablets aren’t as devoted. “We need to advance our thinking,” admits Wong. “Many, many young people are used to digital channels. We may not be keen on it, but it’s a trend we need to adjust to. Some of the screenings are physical only, some are online only, and some are both. Hopefully, it will find us new audiences. And if the numbers show that audiences like this, we may continue like this in the future.” HKIFF45 comprises a slightly smaller program than in past years. While the 2003 SARS edition boasted over 300 titles, the first hybrid festival counts 193 films (85 available online) from 58 countries, spread across eight focused sections. Geo-blocked online screenings are available for 24 hours once viewers press the “Play” tab. Now that it’s finally here, what can film buffs expect? HKIFF45 kicks off with Septet: The Story of Hong Kong. Some of Hong Kong’s most renowned filmmakers — Ann Hui, Sammo Hung, Ringo Lam, Patrick Tam, Johnnie To, Tsui Hark and Yuen Wo-ping — have contributed a story each to Septet. Also from Hong Kong is Ricky Ko’s debut, the pitch-black comedy Time, starring legends Patrick Tse and Petrina Fung Bo-bo as elderly assassins helping other elderly people end their lives. Besides, audiences can expect special spotlights on the groundbreaking Japanese production house Shochiku, Iranian New Cinema, and Stanley Kwan — whose classic Rouge gets a glorious restoration. Global giants are well represented. The list includes documentary legend Frederick Wiseman (City Hall), Agnieszka Holland (Charlatan), Mohsen Makhmalbaf (Marghe and Her Mother), Kurosawa Kiyoshi (Wife of a Spy), Costa-Gavras (Adults in the Room), Lav Diaz (The Halt), Cristi Puiu (Malmkrog), and Romanian Oscar documentary frontrunner, Alexander Nanau’s Collective. Last but not least, serious film historians will want to immerse themselves in Louis Feuillade’s 384-minute 1918 silent classic Tih Minh over four consecutive nights. In this film, which screens in Hong Kong for the first time, the pioneering Feuillade (Les Vampires) set a new standard with the 12-episode crime serial, crafting an intensely human post World War I adventure. It’s a rare treat about a world in chaos and, unsurprisingly, is only in cinemas.