Shining a spotlight on women 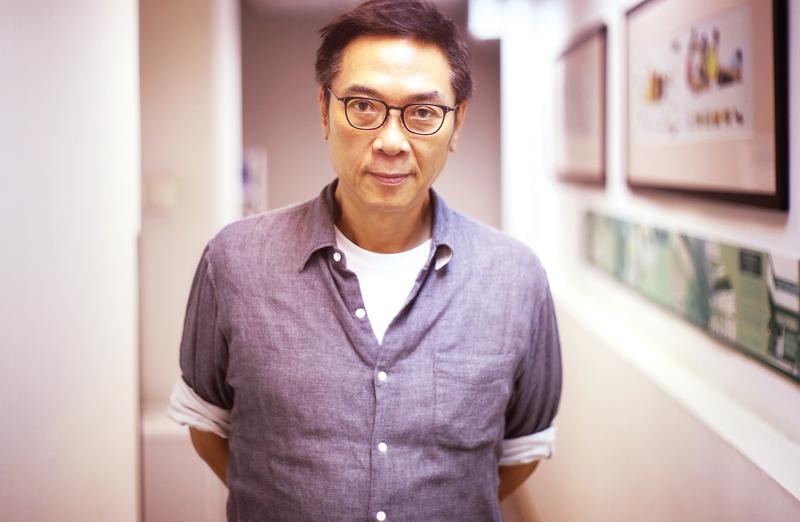 The feeling has always been that Stanley Kwan wants to let his work speak for itself. The Hong Kong filmmaker has maintained a low profile across a 36-year career that has seen him feted domestically and beyond for his distinct cinematic style, one that has sometimes come steeped in nostalgia but has always managed to resonate — in theme and mood — to matters contemporary. This year’s Hong Kong International Film Festival allows audiences to dive deep into the oeuvre of an artist who has always championed both the city and community in which he was raised. For the uninitiated, the 13 films on offer across HKIFF’s Filmmaker in Focus program will open a window into Kwan’s cinematic world, which reflects on Hong Kong’s many and varied changes over the decades. The characters in Kwan’s films change too. Often women and members of the LGBTQ community play a central role in these films, challenged by the changes that are beyond their control. “I think the characters in my films have Stanley Kwan elements — my sexuality, my identity as a gay member of the community influence my characters and the stories that go around in my head,” the now-63-year-old Kwan told this writer during a rare exclusive interview in 2019. Kwan was raised in 1960s Sham Shui Po and grew up in the shadows of a local cinema — fated, it seems, to join a filmmaking community that in the 1980s was blossoming into the Hong Kong “New Wave” with the emergence of the likes of Ann Hui (The Story of Woo Viet) and Patrick Tam (Nomad). Kwan wanted to be an actor, but after seeing himself on the big screen for the first time he immediately decided his future lay behind the camera. Central to any retrospective on Kwan’s works are the two films widely acknowledged as his masterpieces. Audiences at HKIFF will be treated to Rouge (1987), a tale of doomed romance starring Anita Mui and Leslie Cheung, which won Best Film, Best Actor and Best Actress at the Hong Kong Film Awards. The Filmmaker in Focus program also features the director’s cut of Center Stage (1992), which sees its star Maggie Cheung shine, playing the ill-fated silent movie queen Ruan Lingyu in a role that won her the prestigious Silver Bear for Best Actress at the Berlin International Film Festival. Both films helped make superstars of their leads. In announcing the program, HKIFF Society Executive Director Albert Lee pointed to Kwan’s “highly personal aesthetic style in his portrayal of the female psyche while capturing the nuanced transformation of the city and the era.” The academic Mette Hjort’s interest in the effect of media and gossip on the lives of women actors drew her to Kwan’s films, eventually leading to the publication of her book, Stanley Kwan’s Center Stage (2006), as part of the University of Hong Kong Press’ Hong Kong Film Classics Series. Now the dean of arts and chair professor in humanities at Hong Kong Baptist University, Hjort was keen to study Kwan’s films soon after her arrival in the city almost two decades ago, as a means to develop an understanding of the histories of both Chinese cinema as well as Hong Kong. “I saw it as a window on all the complexities of what it meant to be an actress in that particular period,” she said of Center Stage, which fictionalizes Ruan’s short career in films which lasted from 1927-35. “And then with Maggie Cheung (whose career in films began in 1984) you think how are those complexities still with us?” HKIFF45’s Filmmaker in Focus section includes rare public screenings of Kwan’s debut; the marriage-breakdown drama Women (1985), which helped launch the career of Chow Yun-fat; as well as his most-recent release, 2018’s First Night Nerves. The latter stars Sammi Cheng and Gigi Leung and takes a look at the behind-the-scenes drama of a theatrical production. Both films feature acting talents at the peak of their powers, and confirm Kwan’s reputation as a filmmaker able to bring out the best in everyone on set. Kwan said he is often on the lookout for the right actor who has the potential to breathe life into the characters he writes. “When we get that person we work together on the character. I think it is important to build trust with the actors. I tell them everything about myself, every private little detail,” the director said. “In return, I ask my actors to tell me something private. Trust is very important. It leads to honesty and you can see that on the screen and share with the audience.”